Statement of the Bishops of South Dakota

Regarding recently reported remarks of the Holy Father

November 3, 2020
Tuesday of the Thirty-first Week in Ordinary Time

On October 21, 2020, media reported on a 20-second video clip from a Spanish-language documentary film about Pope Francis. In the film, the Holy Father was shown stating, as translated into English, “Homosexual people have a right to be part of a family. They’re children of God and have a right to a family. Nobody should be thrown out or be made miserable because of it. What we have to create is a [convivencia civil]. That way they are legally covered.” Later reporting indicated this video was compiled from several separate segments in a 2019 interview the Holy Father gave to a Mexican journalist. This footage had never before been played publicly.

Yesterday, we became aware of several clarifications offered at the direction of the Holy Father through his representatives (apostolic nuncios) in each country. The nuncio to the United States, Archbishop Christophe Pierre, confirmed that th 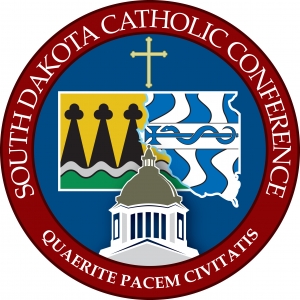 e pope’s responses to two separate questions were edited and published as a single response, without surrounding context. Archbishop Pierre observes that the first remark – that persons experiencing same-sex attraction have a right to be part of a family, and ought not “be thrown out or be made miserable” – should be read as pastoral counsel to families with children having such experiences, so that their families may receive “respectful pastoral guidance, so that those who manifest a homosexual orientation can receive the assistance they need to understand and fully carry out God’s will in their lives” (quoting from Amoris Laetitia (2016)).

Second, Archbishop Pierre observes that the pope’s comment concerning “convivencia civil” (literally, a civilly-recognized “co-existence”) refers to a specific proposal of Argentinian legislation ten years ago, and he further shared that the pope was not referring to any change in the Church’s teaching that marriage is between one man and one woman.

As bishops, we recognize that many questions have arisen among the faithful concerning the nature of the magisterium, or teaching office of the Church, as exercised through bishops and the pope. Neither the pope nor any bishop can alter the Deposit of Faith as received through Divine Revelation. Their teaching office is at the service of, and has no authority over, the Deposit of Faith. The infallibility of the pope extends to formal teaching on matters of faith (the truth about God) and morals (the way God has commanded us to live). Other teachings of the pope have authoritative weight but are not infallible; in any event, the teaching office is not authoritatively exercised in informal interviews or via independent documentaries.

When questions of specific legal proposals arise, it is incompatible with the teaching of the Church to accept any legal measures that by implication promote or endorse immoral sexual relations, such as homosexual acts. The Church’s teaching on marriage between one man and one woman has been revealed by God and comports with the natural law. It cannot change. As such, a Christian analysis of specific legal proposals, which may differ in each state or country, must always honor moral truth. The Church teaches that respect for persons experiencing same-sex attraction cannot lead in any way to approval of homosexual behavior or to legal recognition of same-sex unions. The common good requires that laws recognize, promote and protect marriage as the basis of the family, the primary unit of society.

The teaching of the Church on marriage is unchanged. Marriage is the lifelong, faithful union of a man and woman, entered freely, into which children are welcomed, loved, and formed. Children have a right to a mother and a father. Any sexual act outside of marriage is objectively immoral and is grave matter. Same-sex acts are no exception to this. Because they break with the inherent complementarity of the male-female sexual relationship, the Catechism describes them as “intrinsically disordered” – in other words, in their very nature, they depart from the life-creating, reproductive capacities towards which human sexuality is ordered. While humans experience disordered desires of various kinds, God loves each of us personally and unconditionally, but He does not love any act that is disordered or contrary to divine law and divine love. We are all called to resist temptation and not act upon disordered desires when they arise.

Just as God and our beloved Catholic faith call us to avoid unjust discrimination and act with compassion and sensitivity towards those who experience same-sex attraction, we are also called to share the fullness of the Gospel, that all people find their fulfillment in God’s great love. It is in His love that we find our true identity as the Father’s chosen sons and daughters. When we seek to live pure, chaste lives – that is, when our actions conform to the moral law, rather than acting on disordered feelings or attractions – we honor God and live up to our high dignity as creatures made in His divine image. God’s moral law is a pathway of happiness and great peace. God’s truth about marriage is a great gift to us, our country, and the world. Let us never tire of sharing the truths God has revealed so that we can think, act, and love God and others as He perfectly loves us.

The Most Reverend Donald E. DeGrood
Bishop of Sioux Falls

The Most Reverend Peter M. Muhich
Bishop of Rapid City