You are here: Home1 / Office of Vicar General

Office of the Vicar General

The vicar general is a priest who has been appointed by the bishop to assist him in the governance of the faithful within his diocese.  By reason of his office, the vicar general is granted ordinary administrative power and jurisdiction which he exercises vicariously in the name of the diocesan bishop whom he serves.  Historically this office date back to the 4th century, and the 1983 Code of Canon Law established it as a mandatory office in the organizational structure of a diocese.  The vicar general maintains frequent communication with the bishop so that he may always act in harmony with the intention and mind of the Successor of the Apostles.  [canons 475-481]

Fr. Leo Hausman is a native of Bonesteel, South Dakota. He was ordained a priest in 1992 and was assigned to the Cathedral of Our Lady of Perpetual Help. Father Hausmann become pastor in Bison and its missions in 1993. Since then he has served as pastor of Immaculate Conception and its missions in Winner, St. Patrick and its missions in Wall, and St. Patrick, Lead and St. Ambrose in Deadwood. In January of 2006, Father Hausmann received his JCL law degree from Catholic University America School of Canon Law and was appointed Judicial Vicar at that time, a position he held until 2016. He is currently the pastor of St. Patrick, Lead, and St. Ambrose, Deadwood. 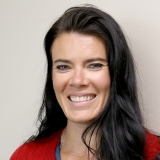