You are here: Home1 / Tribunal

The Mission of the Tribunal is to reflect and experience Christ in the ministry of justice through the compassionate and equitable application of Church law and to protect the rights and dignity of each person without discrimination while providing an opportunity for healing..

General Information Regarding Marriage and Invalidity

The Catholic Church, because it acknowledges marriage as a holy covenant which is entered into for life, holds that certain elements are essential to make the marriage valid. Consequently, when a decree of invalidity is sought from a Tribunal, it means that one of the Parties of the marriage believes that one or more of those elements was not present from the very beginning of the marriage. There are both subjective and objective elements to marriage. The Church sometimes determines through a marriage validity study that people who have been through a wedding ceremony never contracted a valid bond.

What is a Tribunal?

How can I find out more information?

You can contact the Diocesan Tribunal office via one of the following ways:

What is the Church’s teaching on marriage?

The Church has consistently taught that marriage is sacred, exclusive and permanent. For a baptized man and a baptized woman, a valid marriage is also a sacrament. Such a marriage is permanently binding and cannot be dissolved. Catholic belief is that every valid marriage, whether or not celebrated in the Catholic Church, establishes an unbreakable spiritual bond between the couple. This spiritual bond remains, even if the civil obligations and cohabitation end with divorce.

Isn’t marriage something that just involves the couple?

What do God and the community have to do with "our" marriage?

Couples are asked to reflect seriously upon the meaning of their commitment. Marriage really involves four commitments:

The community takes on a responsibility to support and sustain couples that have committed themselves to being a sign of God’s love in the community.

Why does the Church teach that marriage is permanent?

Marriage is permanent because God’s love is permanent. God’s love is never taken back. A couple should reflect seriously upon the meaning of their commitment, and take on those responsibilities only if they are prepared to do so and intend to do so; “Whatever God hath joined together, let no man put asunder.”

Does the Church accept the results of a civil divorce?

The Church recognizes the State’s authority over the civil effects of marriage: The need to protect one’s civil rights, and the need to adequately provide for children in a legal forum.

The Church does not recognize any authority on the part of the State over the Sacramental Bond of Matrimony. One must have ordinarily obtained a civil divorce prior to applying for an ecclesiastical marriage case.

What is the status of a divorced Catholic in the Church?

Those who divorce are still considered members of the Church in good standing. Divorced persons (as long as they have not remarried) can still receive the Eucharist and the other sacraments. Moreover, Pope John Paul II has urged all the faithful to help those who have divorced so that they do not consider themselves separated in any way from the Christian community.

What is the status of a divorced Catholic who married outside the Church?

A divorced Catholic who marries outside the Church is still considered a member of the Catholic Church; there is no excommunication for such an action. However, the universal law of the Church is that a Catholic who marries outside the Church may not receive the sacraments of Eucharist and Reconciliation. This is for two reasons: First, according to Church law, Catholics must marry before a priest and two witnesses in order for the marriage to be recognized by the Catholic Church. Second, but more importantly, the Church teaches that marriage is a sign of the unbreakable bond of love between Christ and His Church. By establishing a new union, the person is living in a way that contradicts the Church’s teaching about the sacramentality of marriage.

What about a Catholic who marries a divorced person?

The same answer would apply. The Catholic party is not excommunicated, but the universal law of the Church is that the person cannot receive the sacraments of Eucharist and Reconciliation.

Isn’t that the same as an excommunication?

No. Excommunication means that the person cannot participate at all in the life of the Church. Divorced people who have remarried outside the Church must still be ministered to. Pope John Paul II specifically states that they must be encouraged to take part in the Church’s life as much as they are able, even if they cannot receive Eucharist or Reconciliation.

How does a person remarry in the Catholic Church?

There are two principal ways that a person may remarry in the Catholic Church: if the previous marriage is dissolved, or if it is declared null from the beginning.

What does it mean to dissolve a marriage?

What is a declaration of invalidity?

A declaration of nullity (which is the more precise name for what most people call an “annulment”) means that something essential to the marriage was lacking at the time the parties exchanged consent. Thus, while the parties believed they were giving valid consent to their marriage, something was missing which prevented a true marriage bond from being formed.

What could be missing in the parties’ consent?

For the members of the Catholic Church it could be that the proper manner of celebrating the marriage was missing; in other words, the parties did not marry according to their own Church laws. In other situations, it could be that the parties’ consent itself was lacking in some way. This means that one or both parties might not have had the necessary maturity or the psychological capacity for marriage. In still other situations, it could be that an essential element of marriage was lacking in the person’s consent. That is, at the time of the marriage, the person did not intend permanence, fidelity, or children as part of their marital commitment. Finally, it could be that a person’s understanding of marriage itself or of the person they were marrying was lacking, such that they truly did not have the sufficient knowledge about what they were doing. These are all called “grounds” for the case.

How does a person apply for a declaration of nullity?

In the Diocese of Rapid City, the process begins at the parish level. As the process develops, the person applying for a declaration of nullity (the petitioner) will be asked to submit written testimony regarding the relationship in question and the family backgrounds of each party. The petitioner also will be asked to supply the names of others who would be willing to answer a written questionnaire concerning their knowledge of the marriage in question. The Tribunal also may request any medical or psychological records that might be pertinent to the case.

Does the other party have to know about the declaration of nullity?

Yes. There are no exceptions to this, unless the whereabouts of the other party are unknown. Since a declaration of nullity affects a person’s status in the Church, the other party has a right to know about the proceedings and to participate in them.

Does the other person have to participate in the proceedings?

The testimony gathered for this study is held in strictest confidence and is only made known for the purpose of completion of the study process. The value which the law is upholding in this matter is that the Parties have a right to know on what basis their marriage is being challenged regarding its nature. The judge can decree that a certain piece of information not be made known to anyone, as long as the right of defense of the marriage remains intact. Records and correspondence become part of diocesan files, and as such are the sole property of the Diocese of Rapid City. They will be safeguarded as confidential information.

If a declaration of nullity is given, does it mean the marriage never existed?

No. The marriage existed in a certain way. A declaration of nullity means that what did exist between the parties was not what the Church means when it speaks of marriage. That is, the relationship that existed fell short of what the Church teaches marriage must be.

If a declaration of nullity is given, does it mean the children are illegitimate?

No. If children are born to a couple in a civil marriage, they are legitimate according to civil law. A decree of invalidity by a church tribunal does not affect them. An invalidity study deals only with the nature of marriage as a bond recognized by the church. Normally a Tribunal does not accept a petition for nullity until a divorce is final and all previous responsibilities toward the former spouse and children are acknowledged. A declaration of invalidity has no civil or ecclesial effects on any children of the Parties.

If a declaration of nullity is given, are both parties free to marry?

Is there a cost involved in petitioning for a declaration of nullity?

The Diocese of Rapid City waives all processing fees in an effort to remove any financial obstacle or hardship to those requesting an invalidity study. The diocese covers the costs incurred through the annual Stewardship Appeal. The total cost to the diocese for each invalidity study processed to completion comes to over $2,200.00. If you feel you can make a contribution to defray the total cost of the invalidity study, it would be appreciated.

How long does a study of one’s marriage take?

The time involved in processing a petition for a marriage study varies greatly, depending on the amount of evidence available, promptness of witness response (this delays the case the most), ease in contacting the Respondent, need for psychological consultation, etc. Normally, the process takes between 14 and 18 months from the time the petition is received in the Tribunal office. Until the process is completed, neither Party is free to make plans or set a date for a wedding in the church. Petitions are processed in the order received, but the total time a study takes will vary with evidence availability.

Does a previously married non-Catholic have to receive a declaration of nullity before marrying in the Catholic faith?

Yes. The Church teaches that a valid marriage is created by the consent of the two parties. If the parties are baptized Christians, that valid consent is also considered sacramental; that is, it is a sign given to the Christian community of God’s free, total, faithful, and fruitful love for them. While members of the Catholic Church have certain rules to follow regarding where they marry, the Church recognizes the marriage of all others, regardless of where the parties exchanged their consent.

Are "annulments" granted by other churches recognized by the Catholic Church?

No, because most of these “annulments” do not state that there was something lacking from the beginning which prevented the parties from establishing what the Church means by marriage. 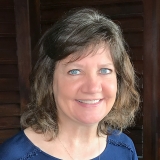