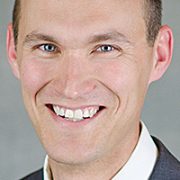 Christopher Motz is Executive Director of the South Dakota Catholic Conference. The newly created conference will serve as the official voice of the
bishops of South Dakota on issues of public policy, providing explanations of church teaching and their practical applications. He will follow the development and implementation of public policies and communicate with officials at all levels of the government.

Christopher Motz is in the initial stages of opening the first South Dakota Catholic Conference Office in Sioux Falls. It is jointly sponsored by the Dioceses of Sioux Falls and Rapid City.

“While I am out there I will also take the opportunity to introduce myself to the S.D. congressional delegation,” said Motz.

He said his job will have internal and external components. Externally he is focused on keeping Bishops Paul J. Swain and Robert D. Gruss informed on current judicial, executive and administrative actions. In addition, he will apprise the bishops of lower level court decisions in cases working up through the appellate process that may eventually have an impact at a broader level.

“Internally, it is important that the Catholic lay people are informed and have a grasp of what the church teaches and believes not only for their own understanding, but also so they might be able to articulate it to their friends and neighbors,” said Motz. An example of an important issue is the physician assisted suicide initiative which failed to garner enough signatures to be on the 2018 state ballot. “It will come again and education will continue to be important,” he said.

The upcoming 93rd South Dakota Legislative Session, which opens Jan. 2, 2018, will be his first opportunity to work with S. D. lawmakers. In the future he sees himself being available to give presentations to parishes and on college campuses.

He has already had the opportunity to speak at S.D. State University, Brookings. His topic “Render Unto Caesar,” was based on the book by Archbishop Charles J. Chaput, Archdiocese of Philadelphia. Motz said, “At the heart of the message I wanted to convey is that we can be faithful Catholics and good citizens.”