You are here: Home1 / Sioux Spiritual Center2 / History of SSC

History of Staff and Programs

Bishop Harold Dimmerling of the Rapid City Diocese inaugurated a permanent diaconate program on the Rosebud and Pine Ridge Reservations in 1973, at the urging of Jesuit Fathers John Hatcher and Pat McCorkell who had spent part of the summer of 1972 working at St. Francis Mission. Two years later the Bishop Dimmerling opened the program to the entire diocese.

Frs. Hatcher and McCorkell were ordained in 1974 after completing their studies at Regis College in Toronto.  A year later, in 1975, they arrived in the Diocese of Rapid City to assume leadership of the Permanent Diaconate Program.  Fr. Hatcher would serve as director until 1998; Fr. McCorkell teamed with him until November of 1983 when he moved to St. Francis to become director of the Mission and superior of the Jesuit Community.  Upon arriving in the diocese, the two Jesuits lived with the Sacred Heart Fathers in Eagle Butte, and then they moved to Bear Butte in early 1976, where they were joined by fellow Jesuit Fr. Damian O’Connell from New York, who served as administrator at Immaculate Conception Parish in Bear Butte and chaplain at Fort Meade Veterans Hospital for nine months during 1976 and 1977. In the fall of 1977 all three moved to the old Cathedral rectory in Rapid City and lived there while the Center’s main building was under construction. On August 30 of that same year the State of South Dakota certified the Sioux Spiritual Center’s Articles of Incorporation.

Another Jesuit, Fr. Jim Stehr arrived from New York in 1977 and lived in Rapid City at the old cathedral rectory.  Like Fr. O’Connell, he had done his theological studies in Toronto where he first met Frs. Hatcher and McCorkell. Ground-breaking for the Center took place in June.  The winter of 1977-1978 brought snow and unrelenting cold.  The Center was opened for retreats in 1978.  Fr. Stehr remained on staff until 1981.

A Catholic couple who lived nearby became the Center’s first lay employees.  Mary Kay Sandal was hired in June of 1986. She continued to help cook for retreat and serve as secretary until her retirement in September of 2013.  Her husband Larry was hired in the spring of 1988 to help build the additions to the Center, a dining area in front of the building and a meeting room and priests’ living quarters at the back. He stayed on to care for the building and the grounds.

Fr. Jim Stehr returned in 1987. Ground-breaking for the additions took place in May of 1988, and were largely completed by November of that year.  Bishop Charles Chaput, recently consecrated in July for the diocese, dedicated the additions.

Other staff joined the Center.  Fr. Jim Kubicki arrived in 1989 and served as associate director of the diaconate program for six years, 1989-1995.  Fr. Stehr left in 1990 to go to Nigeria. Judy Walker was hired as housekeeper and served for thirteen years, from 1989-2002.  Gretchen Radway, who had previously cooked for retreats, was hired on a regular basis in 1998 and continues as head cook.

Using the same text, Builders of the New Earth, which Frs Hatcher and McCorkell had developed for the Diaconate Program, they added a Lay Ministry Program in 1989.  It and the Diaconate Program became the key components of the Ministry Formation Program.  They later added summer programs: the Basic Directions in Native Ministry Institute in 1993, and the Lakota Language Workshop in 2002. In 1994, the diocese created the Inculturation Task Force, comprised of both Native and non-Native members, to discuss ways of including Native modes of prayer and ritual into the various liturgical celebrations as Eucharist and Baptism.

Fr. Tom Lawler arrived in 2000 and stayed until January of 2005. (In 2011 the Jesuit Superior General in Rome appointed Fr. Lawler provincial of the Wisconsin Province region.)  Construction of a new chapel began in the fall of 2000.  Woniya Wakan Oti, the House of the Holy Spirit chapel, was dedicated by Bishop Cupich on June 2, 2002. Fr. Jim Stehr, who contributed so much to the Center over the years, spent a number of weeks at the Center in May of 2002 , before his death in New York on July 20, 2002. Fr. John Hatcher served as acting director of the Sioux Spiritual Center and its programs from 2001-2002, until Fr. George Winzenburg’s arrival on April 30, 2002. A Lakota Language Workshop was offered in the summer from 2002 to 2004.

In January of 2005 Fr. Tom Lawler left for further Jesuit formation, and Fr. Dick McCaslin took his place. Fr. Lawler joined the Provincial staff in the summer of 2005; Fr. McCaslin remained on staff until August of 2007 when he had to move for medical reasons; he moved to Red Cloud Indian School in May of 2008 and continued to lead retreats at the Center until late in 2011. He was a member of the Ministry Formation Program team with Sr. Marie Schwan, CSJ, and Deacon Pat and Fran Coy, and Fr. Winzenburg.

Upon Fr. Winzenburg’s move to Red Cloud Indian School to become president and director of Holy Rosary Mission in July of 2010, Fr. Peter Etzel assumed the position of director of the Center, arriving August 1. Fr. Ron Seminara joined him on January 3, 2011 as assistant director of the Sioux Spiritual Center and assistant director of the Ministry Formation Program. He became the point person for maintenance. Mark Stepanek and crew replaced the original footbridge from the main building to the chapel and church in July, 2011. Kolt Simons was hired for snow removal during the winter of 2010-11; Mr. Simons reinforced the dam face in July of 2013.

Bishop Robert Gruss was ordained the 8th bishop of Rapid City on July 28, 2011 and became ex-officio member of the Center’s Board, which meets semi-annually. 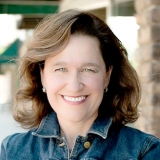