Just simply listening to the Lord no matter what

You are here: Home1 / News2 / Uncategorized3 / Just simply listening to the Lord no matter what
Catholic Diocese of Rapid City · Rob Hrabe

Editor Laurie Hallstrom of the West River Catholic interviewed deacon candidates for Podcasts. The men are  preparing to be ordained a permanent deacon on Oct. 8. Here is a partial transcript of her talking with Rob Hrabe is a parishioner at Blessed Sacrament parish in Rapid City.

WRC: Can you tell me about your wife and family?

Rob: My wife Natalie and I have been in Rapid City since 2003. We were originally from Kansas. We’ve been married 35 years and we were high school sweethearts. I was in the military — Air Force for 22 years and that’s how I ended up here in South Dakota. I have two daughters and four grandchildren.

WRC: Let’s talk about your family of origin. What were your parents like? How many brothers and sisters did you have?

Rob: I was the youngest of seven. My mother was a convert (to the faith). My father passed away when I was about four years old. … my mom was a woman of great faith and she kept the family together. We always went to the Catholic Church where she was a faith-filled Catholic. She really taught us everything we know.

WRC: Can you tell me about other ways that God has worked in your life since you began your deacon formation?

Rob: In the diaconate formation we went through a lot of courses where we learned how to meet people where they are and how to relate the faith to others. Those kinds of things change the way we relate to the church.

WRC: What’s the one thing you’ve learned since you started formation that’s really stuck with you?

Rob: Just simply listening to the Lord. No matter what you do. I was one who was always very busy. I had a lot going on in my life and I had of activity — work and things like that. I kind of had my faith life separate from the rest of my life. I went to church on Sunday, but the rest on my life was my own — if you think of it that way. Once I began to spend time in silent prayer — not trying to ask for anything or do anything — just listen for the Lord’s voice in my life. That was a game changer. That changed the way I think, even at work. I spend time listening to the Lord and listening to where the Lord wants me to go rather than just making my own decisions.

WRC: What advice would you give someone considering becoming a deacon?

Rob: Listen to the Lord. Spend a lot of time in prayer. It’s not something that you are necessarily made to do. You are called to it. If you feel that sort of call, just explore that and listen to what the Lord has to say in your life. Spend time in silent prayer and you will be able to ultimately discern that. You’ll know, for sure, when it’s time or if it’s not the right thing for you. You’ll know if you just listen well enough. 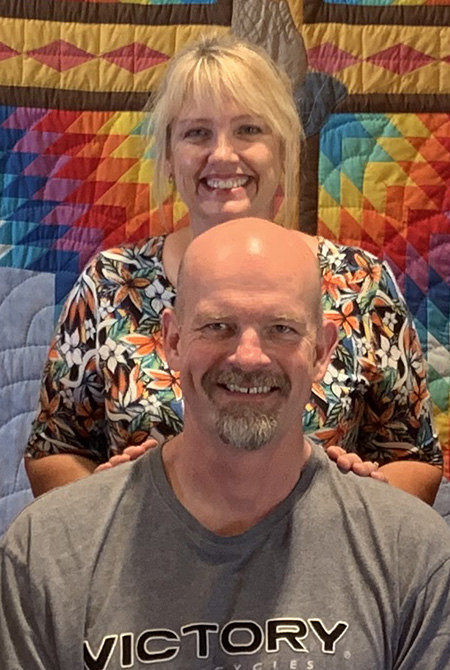