I’ve really been able to develop the habit of prayer

You are here: Home1 / News2 / Uncategorized3 / I’ve really been able to develop the habit of prayer
Catholic Diocese of Rapid City · Rich Olsen

Editor Laurie Hallstrom of the West River Catholic interviewed deacon candidates for Podcasts. The men are  preparing to be ordained a permanent deacon on Oct. 8. Here is a partial transcript of her talking with Rich Olsen is a parishioner at cathedral parish in Rapid City.

WRC: Tell us a little about your family?

Rich: My wife is Mary Helen. She’s the principal at St. Thomas More Middle School. I have three children. Charlie is in Omaha, married two children. Katie lives in Los Angeles, and Joey and his wife have two children in the twin cities area.

WRC: Didn’t you have a military career?

Rich: I spent 31 years in the air force. That’s what brought us here to Rapid City 33 years ago. I started off flying B-52 bombers and then came to fly the B-1 bomber here at Ellsworth. Finally, in 2013 I retired and settled here and started engaging in our life more in Rapid City at that point.

WRC: Where did you grow up?

Rich: I’m an air force brat. I was born in Greenville, Mississippi, in 1957. Dad was a fighter pilot in the Air Force. We traveled all over the place. I grew up in a Presbyterian home, and I think, was formed as a very good Christian. I think. I hope. And then I went to college, met Mary Helen, and we got married in 1979. I started my time as a Catholic on Holy Saturday in 1979. I started in the air force in 1980.

WRC: What prompted you to consider the diaconate?

Rich: It really started years back when I first encountered the deacons of the diocese. I was impressed with the quality of the men and their spirituality. And of course, the idea that they were ordained as ministers in the church and yet still lived in the secular world. To have that dual identity really intrigued me. … so, it was something I prayed about and considered for many years.

Rich: The importance of prayer. I had a prayer life before I started into discernment for deacon formation. The work at building the habit of praying the Liturgy of the Hours really started to get me into a closer relationship with the Lord. … so many times, we’ve asked the Lord for help with a problem or a dilemma and we pray, and we pray and we say, ‘Please Lord, help us.’ Once we were done, once that problem was resolved, we say, ‘Thanks God! We’re done. We got it now. Call you next time.’  Whereas, I’ve really been able to develop the habit of prayer — the sense not only do I have to pray, but that I want to pray.  I want to spend that time engaged with the Lord in conversation in just a continuous mode during the day. 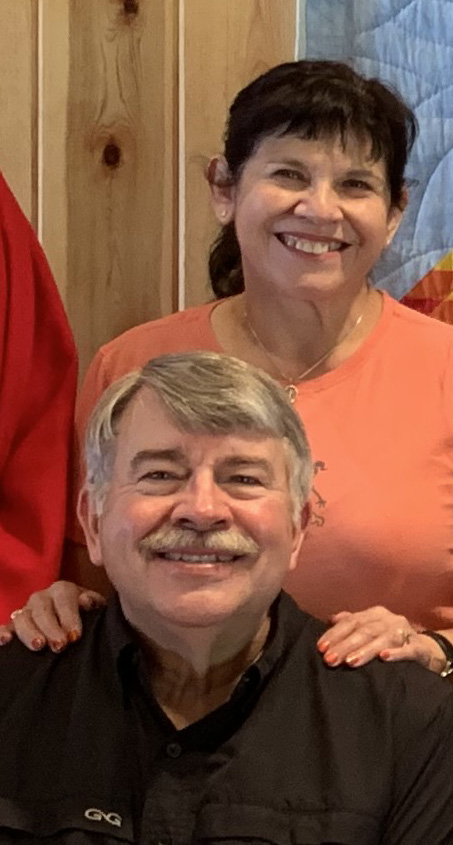