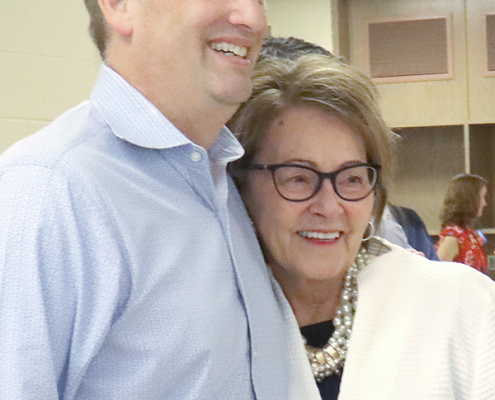 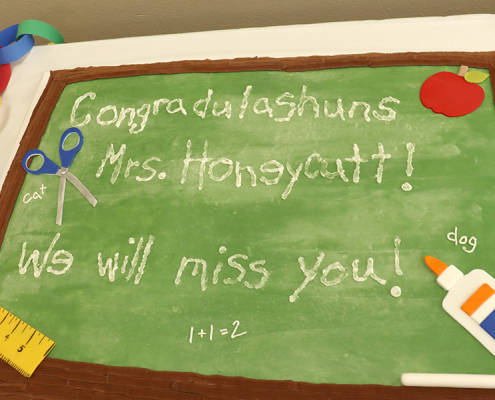 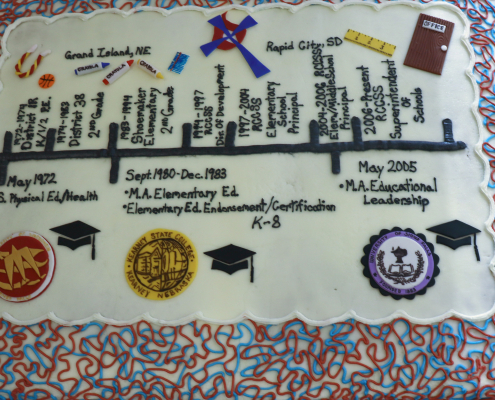 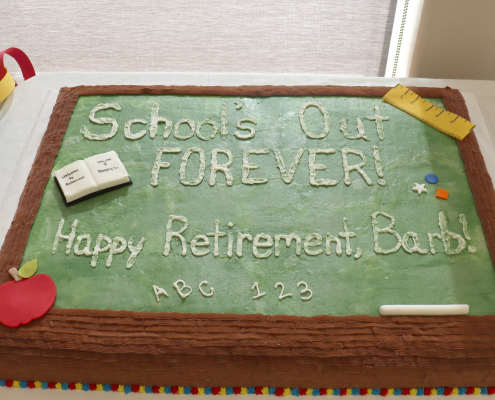 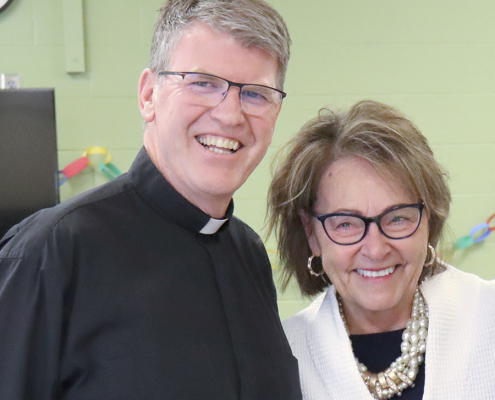 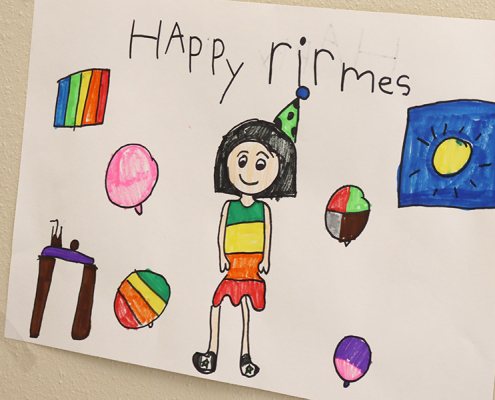 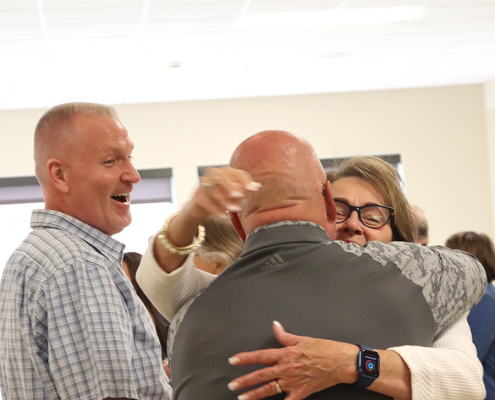 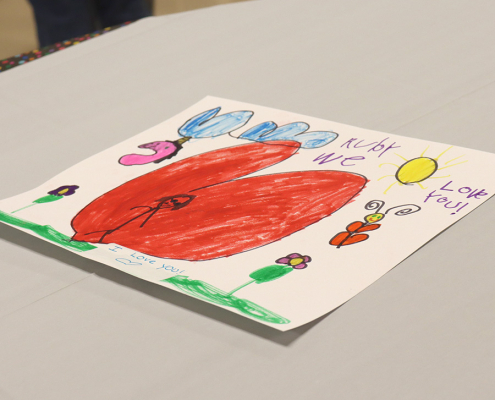 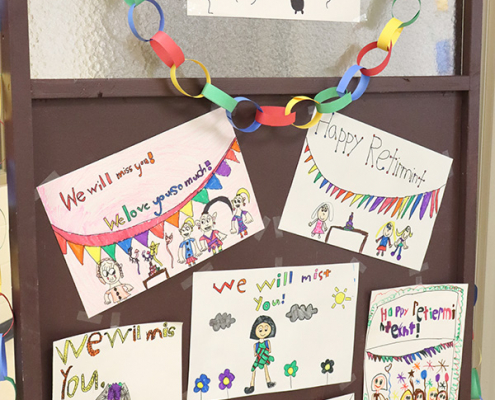 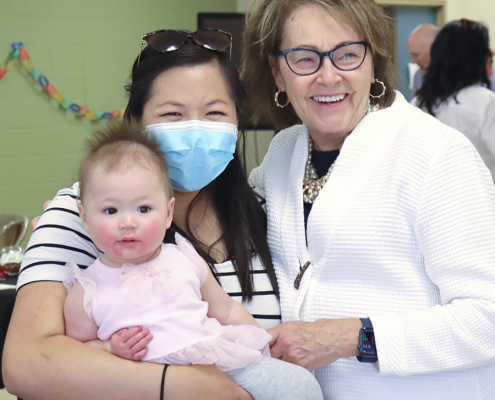 Her career as an educator began 50 years ago as a kindergarten teacher in a rural Nebraska school. She followed that by teaching physical education and second grade. In 1993, her husband, Bill Honeycutt, a Lane Furniture representative was given a choice of markets to move up to.

“It was important that wherever we went they had a Catholic school,” she said. Their son, Pat, was a sophomore at the time. She inquired by phone and learned about the newly established St. Thomas More High School. The development director was Janet Propson who later became a close friend. “She was a really good salesperson on the phone,” said Honeycutt. “I was a little surprised when I got here.” The classrooms were in the basement of what was National American University (now the Hope Center on Kansas City, St.). The students ate sack lunches on the college gymnasium bleachers or sitting on the floor.

“A building is just a building. It still had a great community and a great vision,” she added recalling the families who were working together to ensure their children had the opportunity to attend a Catholic high school. The Benedictine Sisters had recently closed their high school, St. Martin Academy.

Propson encouraged Honeycutt to volunteer a lot. Eventually, Honeycutt was recruited to be the development director for building a new high school building. Next, in the “We Walk by Faith” campaign she raised money for a new elementary school. It allowed the Catholic schools to team up with the Dioceses of Rapid City to purchase the St. Martin facility when the Benedictine Sisters built a smaller residence.

The overcrowded St. Elizabeth Seton building located across from the cathedral housed a pre-school and grades K-8. The new Terra Sancta building was divided into a diocesan retreat center and a new school space that is used for pre-school through 5th grades, taking the name St. Elizabeth Seton School. The former Seton building was remodeled for grades 6-8 and it became St. Thomas More Middle School. The schools were also part of the “Living the Mission” campaign to build a new chancery, two Newman Centers, and improve the high school and middle school campus.

In addition to those fundraising campaigns, in the early 2000s she helped raise money for an endowment fund for the Rapid City Catholic School System. The interest earned from that fund ensures salaries and benefits for faculty and maintenance of school facilities.

From 1997 to 2006 she was the principal of St. Elizabeth Seton Elementary. When former Superintendent Richard Thompson left the position, it was not filled for seven years. Honeycutt and STM high school Principal Wayne Sullivan covered the superintendent duties making certain the schools were accredited with the state and Advanced Education,an independent accrediting agency. With enrollment increasing, the school board decided the superintendent’s job needed a fulltime person.

Honeycutt was hired for the job, and in 2006 she took an office in STM high school. It was a familiar space; she had used it for several projects over the years.

As the world shut down in the spring of 2020 and many schools were forced to consider how to continue educating students, Honeycutt and other administrators worked together to get all the staff up to speed teaching online following state and national guidelines during the pandemic.

“There is never a dull moment in this job,” she said.

She said retiring is bittersweet. She has always worked; her family owned a restaurant when she was growing up. “I’m looking forward to having more time with people I love,” she said, adding her son’s family is 10 minutes down the road from her house and citing the names of states her siblings live in.

She knows the school development office has her on speed dial so they can recruit her help expanding the endowment funds. “I will continue to help the school in any way I can, including substitute teaching. It would be kind of fun to get back into the classroom, that’s where it all started,” said Honeycutt.