Pilgrims from the diocese walk the ancient way of Saint James

The Camino is one of the three great pilgrimage routes of medieval Christendom. More than a thousand years after its inception, it still carries thousands of pilgrims a year from all over the world, to the cathedral of Santiago de Compostela, Saint James’ resting place in northwest Spain.

Pilgrims began to make their way to Santiago in the 9th century, and as their numbers grew, so did the churches, chapels, hospitals, hostels, and inns. This, along with the construction of roads and bridges, and the clearing of wide swaths of woodlands, helped to make the pilgrims’ progress easier and more secure.

The group from Rapid City is joined with other pilgrims from areas that the Servants of the Pierced hearts serve. Walking, praying together, and experiencing the beauty of the terrain, the pilgrims travel over 15 miles each day. The entire Camino covers 500 miles on seven different walking routes through Spain, Portugal, and France.

Pray for these pilgrims as they walk and pray for our diocese! 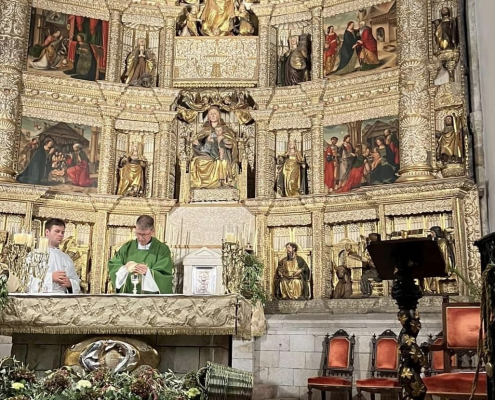 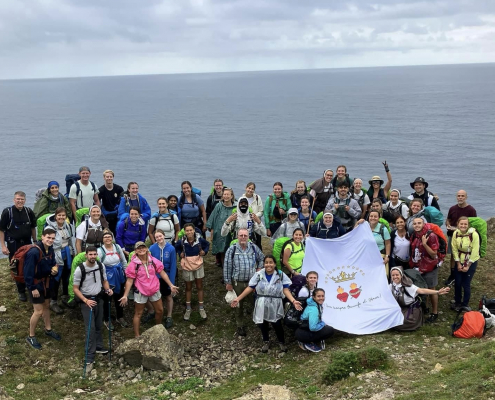 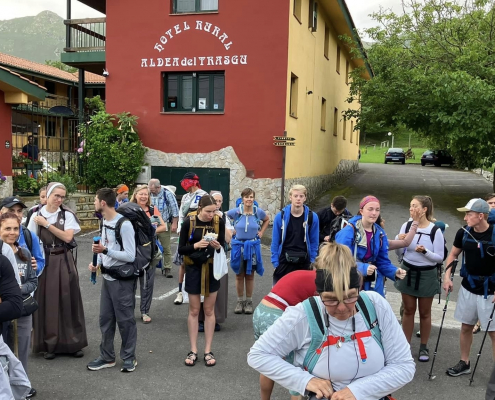 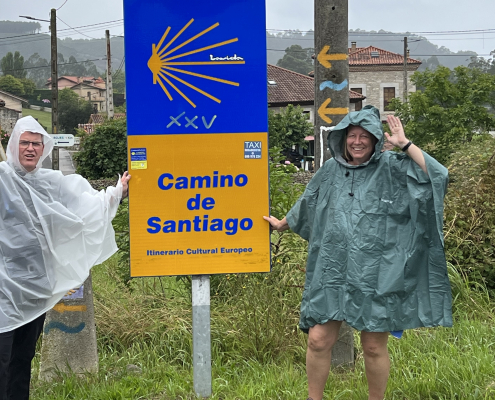 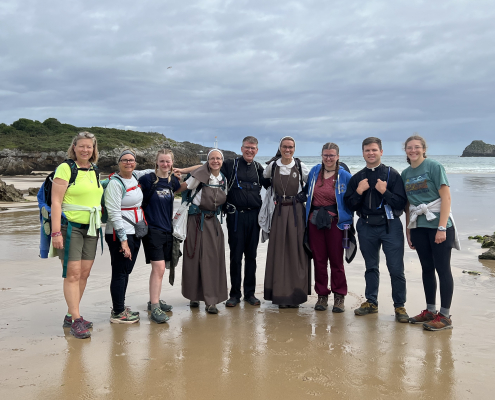 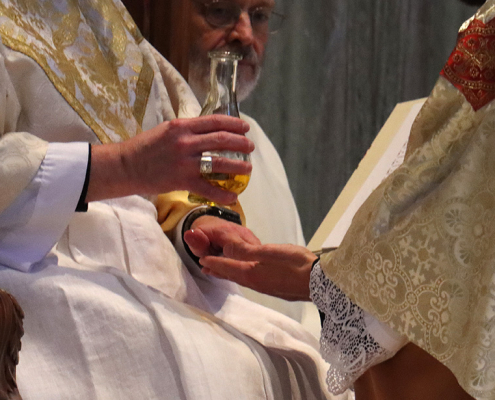