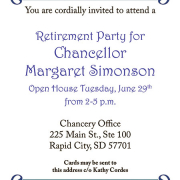 In the Fall of 1998, at her Office in the Douglas School District, Margaret Simonson was phoned by then-Vicar General, Msgr. Michael Woster. He shared with her that the chancellor position was open and asked if she was interested in being considered for it. After a long pause, she asked, “What is a chancellor?”

He persuaded her to meet with him and then subsequently with  then-Bishop Blase Cupich. That is when the new adventure began: A brand new bishop and a rookie chancellor. “We learned a lot together in those early years and I will always be grateful that Bishop Cupich taught me the ropes of what a chancellor does”, said Simonson.

Before she was appointed chancellor on Dec. 1, 1998, “I was active at the Cathedral, I trained lectors and served on the parish and diocesan liturgy committees. I was also in the lay ministry program. I was pretty well involved in my faith journey.”

Officially, she joined the staff, as chancellor, but over the years her job changed. “I took on the roles of chief of staff, director of safe environment and director of communications.”

A few years later when the Clergy sexual abuse scandal hit in the United States and the Charter for the Protection of Children and Young People was created, she was charged with maintaining all pertinent files. In 2004 the Diocese of Rapid City took part in the independent John Jay study, which set out to quantify clergy sexual misconduct in the United States.

“That process taught me that priests are human beings and can be prone to sin just like the rest of us. I learned to separate the person from the action and still respect the person,” Simonson said.

In 2013, Bishop Robert Gruss nominated Simonson for appointment to the National Advisory Council of the United States Council of Catholic Bishops. “I was appointed in March 2013. I was elected to the executive board as chair-elect in 2016 and moved on to chair in 2017.

“It was a very rewarding experience,” said Simonson. “By coincidence, it was during my term on the NAC board that Bishop Gruss presented the request to open the process for the Cause for the Canonization of Nicholas Black Elk. This required the approval of the body of bishops.”

Shortly after the Terra Sancta Retreat Center opened in 2012, the diocesan staff was split between the Chancery which consisted of two small buildings behind the Cathedral of Our Lady of Perpetual Help, and unused office space at Terra Sancta. The bishop’s office, administration, development, finance and communications, remained at 606 Cathedral Drive and the tribunal, archives, youth and young adult, family life ministries, native ministries, vocations, and faith formation moved to Terra Sancta.

Over the years several positions were added to the Chancery. A part-time coordinator was hired to implement the safe environment program throughout the diocese. Then a part-time grant writer was hired. With small parishes having a hard time finding bookkeepers, the Chancery added a parish accounting department, which required additional office space.

“To serve the whole diocese, we needed a building where we could house all employees under one roof. We just needed more space and there was nowhere to expand,” she said.

In 2020 the Chancery was moved to a remodeled bank building in downtown Rapid City, “Now we have space with our staff under one roof and we have ample room for storage. In addition, we are greatly blessed to have a chapel in our new location,” said Simonson.

Working for the church has given her the opportunity of living the Gospel 24/7. “Our faith life affects everything we do and enriches our work. I have come to a much deeper appreciation of our bishops, priests and religious and just how precious their vocations are. We need to continue to pray for them as they live out their vocations.”

Simonson has great memories of working with Bishop Cupich and the team for the We Walk by Faith appeal. “We went out into the parishes so many times and met with parish leaders. I think that is why the appeal was so successful.” She said renovating the former Benedictine convent and adding the wall of donors was an exciting and happy time for her.

Simonson recalled when Bishop Cupich led a diocesan pilgrimage to Assisi, Siena and Rome. “It was a great honor to have a group picture taken with Pope John Paul II in celebration of our diocesan centennial.”

In 2011 when Bishop Gruss arrived in the diocese, before his episcopal ordination, “He walked into my office and saw all my Green Bay Packers stuff and said, ‘I think we are going to get along just fine.’

“In 2014, Bishop Gruss led a wonderful pilgrimage to the Holy Land and Rome and so I hit up my piggy bank once again to participate. To walk where Jesus walked was an awe-inspiring experience,” she said.

“Bishop Peter Muhich is now the new shepherd of the Diocese of Rapid City. I find him to be a very pastoral and faith-filled man who is very organized. He has had an extraordinary first year here in western South Dakota and has handled challenges very well. The Lord always seems to send us the person we need,” said Simonson.

Simonson concluded, “Although I will miss the Chancery, my co-workers and the people we serve, it’s time for the next adventure. Lead me, Lord!” 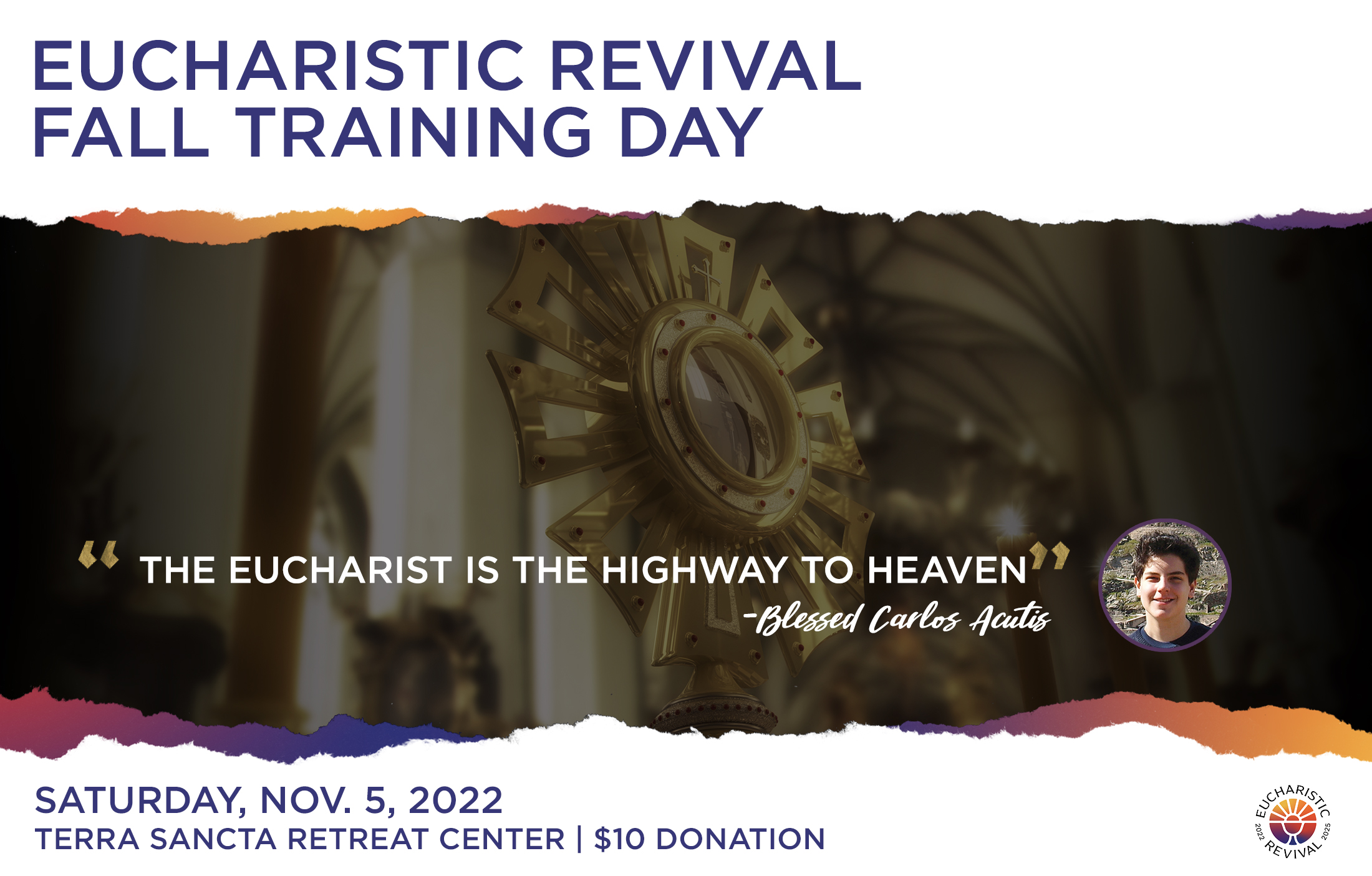