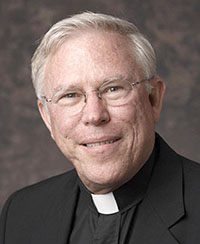 After entering the Jesuits in 1961, Fr. John Hatcher quickly found himself working with Native people. Since 1975 he has dedicated himself to the Lakota people by founding, building and running the Sioux Spiritual Center. Since 2003 Hatcher has been president of St. Francis Mission on the Rosebud Reservation in South Dakota. Hatcher’s goals are to provide the native population with leadership skills and spiritual growth, to address issues of poverty and to help the community become self-sufficient through education. His unyielding support of the Lakota is having a profound effect on the growth of the Catholic Church in the community, as younger Lakota learn they don’t have to choose between their religion and their heritage. Ultimately, Hatcher’s aim is that he’ll no longer have a job — the Lakota will take over the mission. (From the Catholic Extension website: http://bit.ly/207HiEx)