United States Attorney Ron Parsons announced Mar. 11, that Fr. Marcin Garbacz, age 41, was found guilty by a federal trial jury of 50 counts of Wire Fraud, nine counts of Money Laundering, one count of  Transportation of Stolen Money, and five counts of Making and Subscribing a False Tax Return following a week-long jury trial at the federal courthouse in Rapid City.

Evidence at trial established that Father Garbacz, a priest with the Catholic Diocese in Rapid City, devised a scheme to steal monies collected from parishioners at various church services. He used the money to purchase for himself expensive personal items.

Once he was made aware of the federal investigation, Father Garbacz drained his bank account of more than $50,000 and bought a one-way plane ticket to Poland. He was arrested by federal agents at Seattle-Tacoma International Airport in May 2019 just before his flight was to depart.

A sentencing date will be scheduled. Father Garbacz was remanded to the custody of the U.S. Marshals Service pending sentencing. Each count carries a penalty of time in a federal prison, fines, supervised release, and in cases of filing false tax returns restitution may be required.

He was suspended from ministry in May 2018 by then-diocesan Bishop Robert Gruss.

The Diocese of Rapid City released this statement: “As the events that led up to this trial and the trial itself unfolded, I thought of Jesus’ parable of the Good Samaritan. I saw the man lying in the ditch, beaten and bruised. In the face and body of that injured man, I imagined all the people who have been wounded by this experience. Then, I saw Jesus bandaging his wounds and pouring in healing ointment, offering the injured man comfort and hope. Now that this trial is completed, I pray that all of us who have been injured will allow Jesus to bandage and heal our wounds and help us to move forward toward hope with the same mercy and love that he has shown to us.” 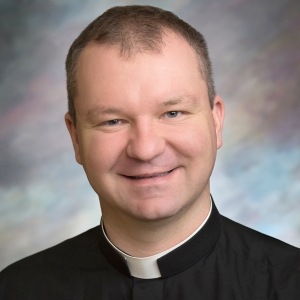