Bishop Peter Muhich was born in Eveleth, a small town in the Iron Range of Northern Minnesota, where he grew up in a large, devout Catholic family.

He graduated from St. John Vianney College Seminary at the University of St. Thomas in St. Paul, MN in 1983 and continued his studies at the American College of The Catholic University of Louvain in Belgium completing an STL (License in Sacred Theology) in 1989.

Bishop Muhich was ordained a priest on September 29, 1989, for the Diocese of Duluth.  He served as an associate pastor and pastor in parishes across the diocese.  He served as Rector of the Cathedral of Our Lady of the Rosary in Duluth until his appointment as Bishop of Rapid City on May 12, 2020.

He was Ordained as the Ninth Bishop of Rapid City at the Cathedral of Our Lady of Perpetual Help on July 9, 2020.

Explanation of the Coat of Arms of Bishop Peter Muhich 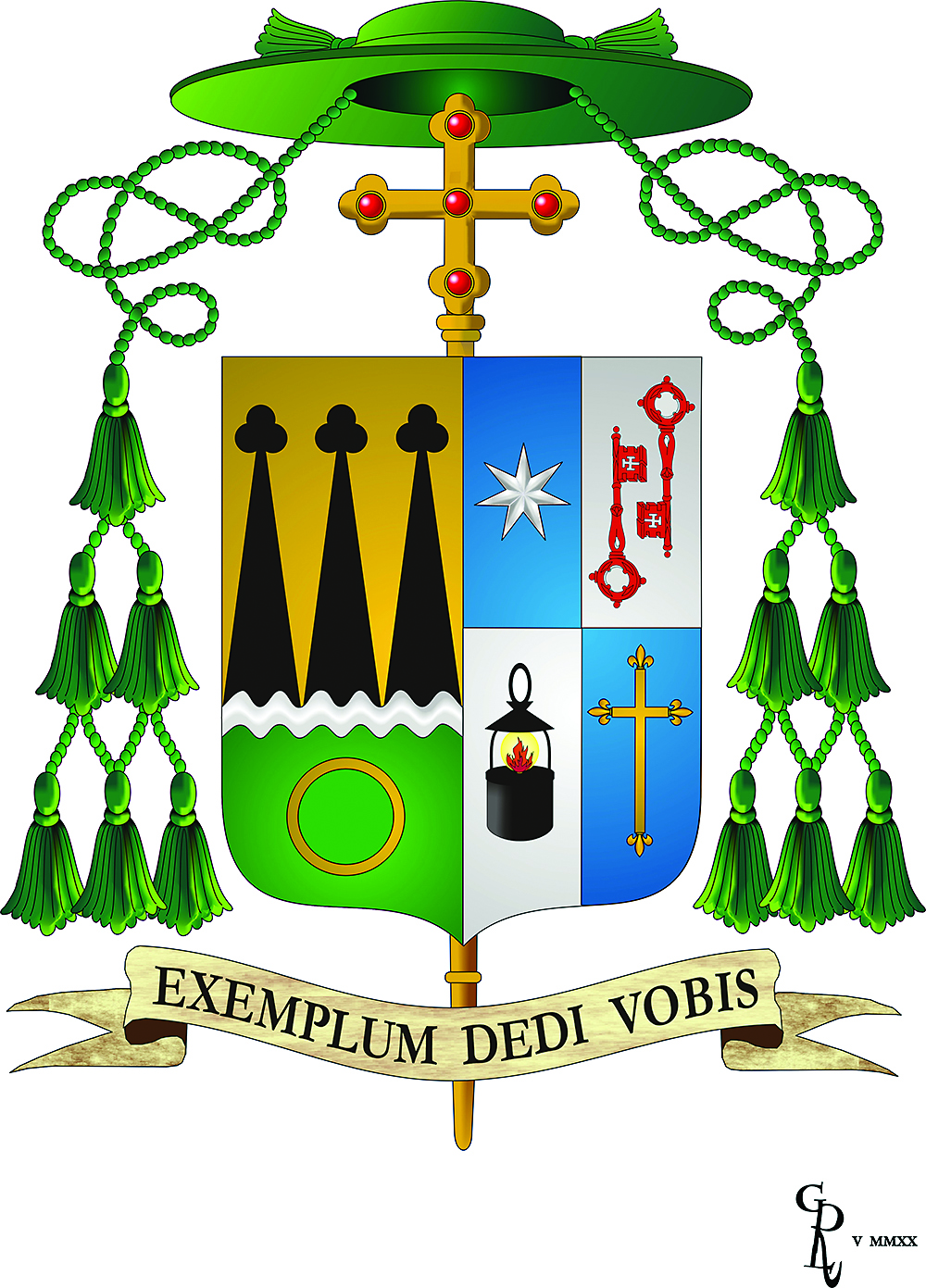 In designing the shield, a bishop has an opportunity to depict various aspects of his own life and heritage and to highlight particular aspects of Catholic faith and devotion that are important to him.  A diocesan bishop shows his commitment to the flock he shepherds by “impaling” his personal coat of arms with that of the diocese.

The coat of arms of the Diocese of Rapid City is represented on the left side of the shield.  Three black triangular peaks, called piles, represent the Black Hills of South Dakota.  They are peaked with shamrocks, a reference to Saint Patrick, the patron of the church  in Lead, which served as the first cathedral of the diocese from 1902-1930.  The gold background symbolizes the gold mined in the Black Hills and the wavy white line represents the Missouri River, which forms the eastern border of the diocese.  The green region at the base of the shield represents the rich ranch land on which many South Dakotans rely for their livelihood.  It is charged with a golden circle reminiscent of the Lakota people and their belief in the interconnectedness of all created things.

The motto is inscribed on the scroll below the shield. The phrase is taken from the words of the Lord to his apostles at the Last Supper, after he had washed their feet: “Exemplum Dedi Vobis” (“I have given you an example.” John 13:15) 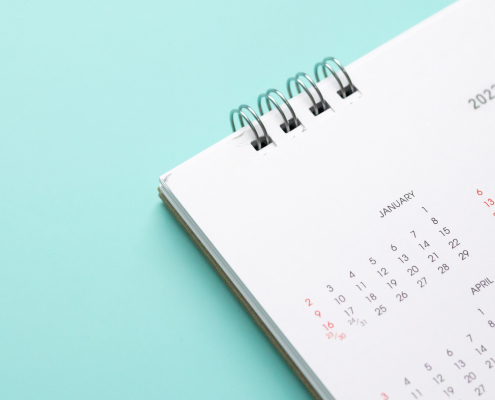 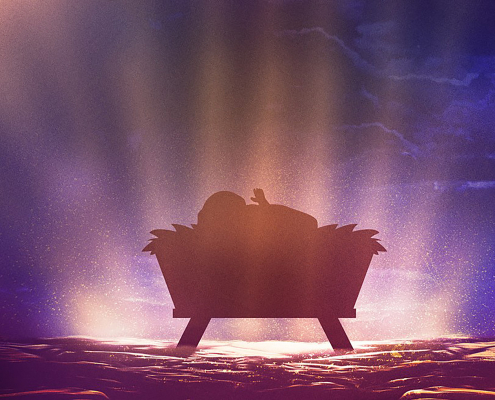 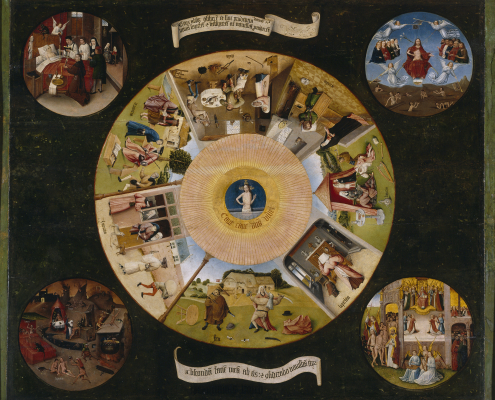 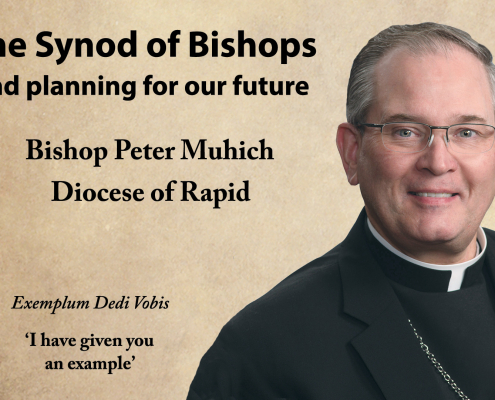 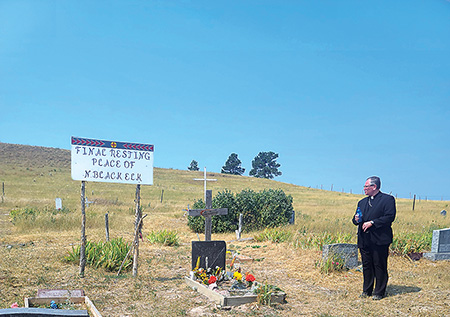 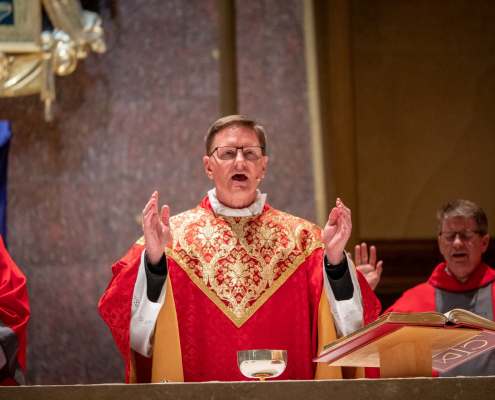