According to Fr. Tim Hoag, pastor of the parish, the event is important for maintenance, but it has other benefits. “It builds community and helps people take ownership of the parish. It also makes them feel like they belong,” he said.

Dianne Altman, a participant, said she worked on making a new space for the statue of Mary. It currently sits up on the hill above the church overlooking Canyon Lake. The new space is at ground level behind the church and will allow easier access to the statue. “It’s getting beat up and it has been vandalized in the past,” Altman explained part of the reason for a new site.

At the front of the church, a duck has had nests in the flower boxes for the past three years. It got agitated when the building was being power washed. “She tried that broken wing thing to lead us away from the nest. Finally, someone got a three foot-step ladder and some cardboard and put it over the nest, then she settled down.”

Altman said this year they had some new faces including young families. When it comes to volunteers, “There is always room for more,” she said. 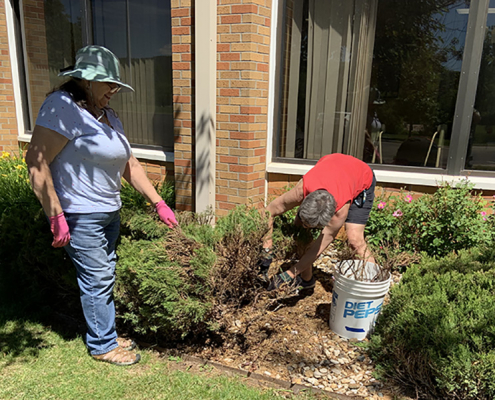 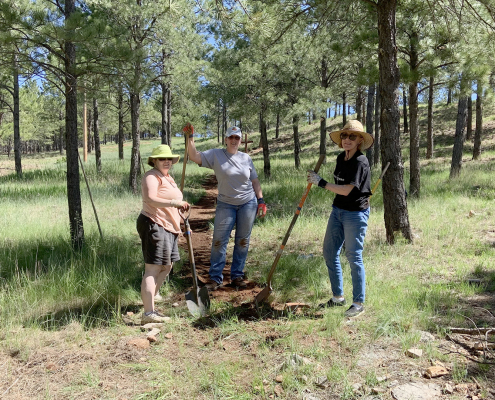 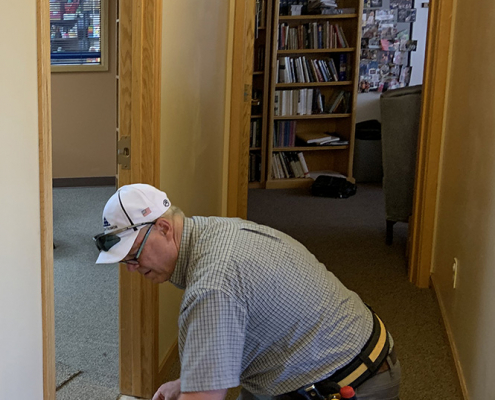